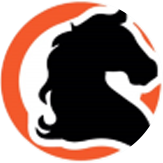 Russell Blair started his service after winning three online tipping competitions. He quickly became renowned for big-priced winners and incredible returns on investment. He tips through the platform Sportsbettingstars.com and averages 4-5 tips per day which are emailed to you the evening before the race day.

“Russell Blair Racing has been at the top of the tipster game for a number of years now. Russell aims to beat the bookies each and every month with a barrage of big priced winners and boasts an impressive return on investment of over 30%.

Over the past Three years Russell Blair has averaged 37 points profit per month and achieved an impressive return on investment of 30%. He has recorded over 100 points profit in a single month on 5 separate occasions” – Sportsbettingstars.com

I was planning on completing a 6 month trial of Russell Blair’s tips, but his service became the first service where I cut the trial short. Not because it was so good, but regrettably because it was catastrophically bad!

Staring in July 2017, the first month was ordinary at best. Russell claimed a 4-point profit but with being unable to achieve all his odds I finished even. Then…well…the rest happened. Month after month of appalling losses. 30 points lost, 20 points lost, 50 points lost and then a further 30 points lost. I have never seen tipping so bad from a supposed professional tipster. Absolutely dreadful. I didn’t feel the need to finish the trial, but if I had, it would have been another losing month.

I don’t quite know what has happened to this supposed champion tipster. I struggle to believe that this is even the same guy. Bad tipping I can understand, but this was something else. I just feel sorry for anyone who used his tips during this period.

Has anyone seen the real Russell Blair?

The Bookies Enemy No.1